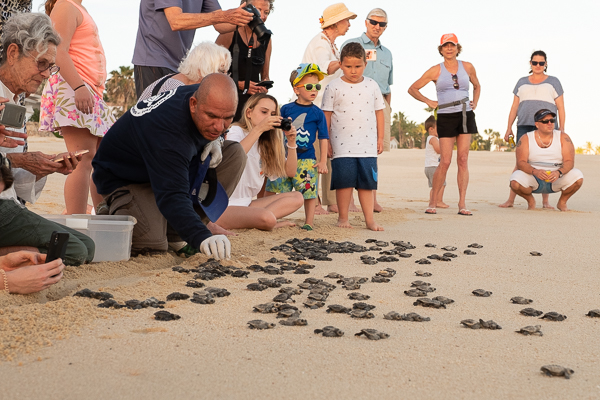 Along the beaches of Cabo, Mexico, new life is hatching. With serendipitous timing, you can get a front row seat to watch it.

Our fortuitously timed trip to Cabo in December allowed us to witness two sea turtle releases, which are not-to-miss, heart-warming experiences.

Puppies are cute, but I challenge that baby sea turtles are even cuter. Watching them crawl to their new ocean home just amps up the adorable factor. 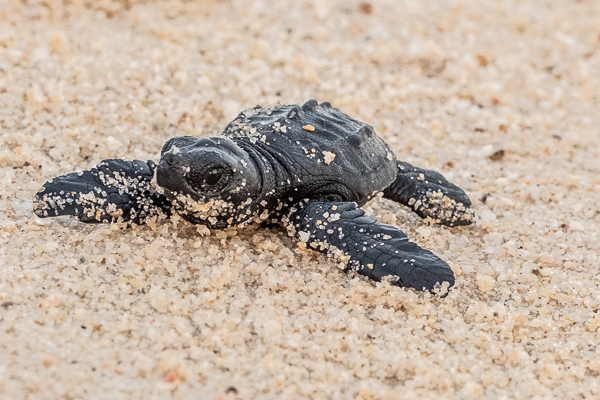 A dedicated volunteer closely monitors a corralled-off section of beach near a Palmilla neighborhood to give turtle eggs ample, unobstructed incubation time. Within hours of their hatching, the baby sea turtles are released onto the beach, pointing in the direction of the sea. With each wave, they’re lapped closer to their new life at sea. 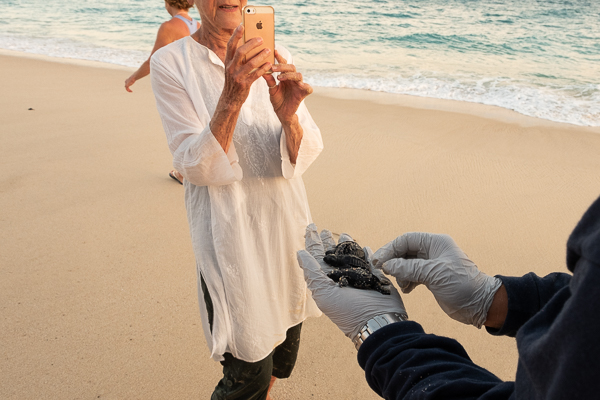 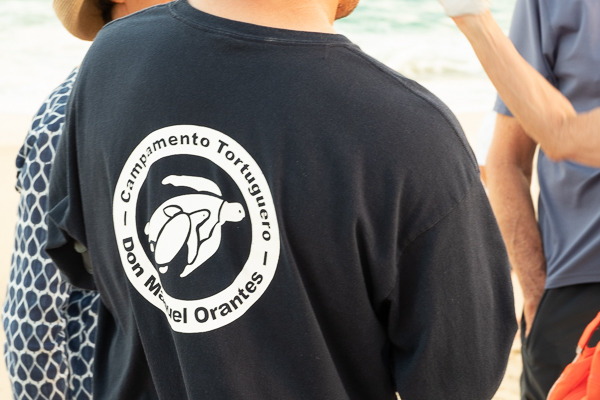 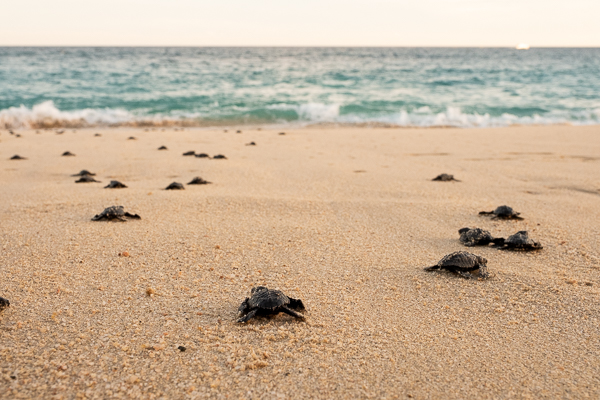 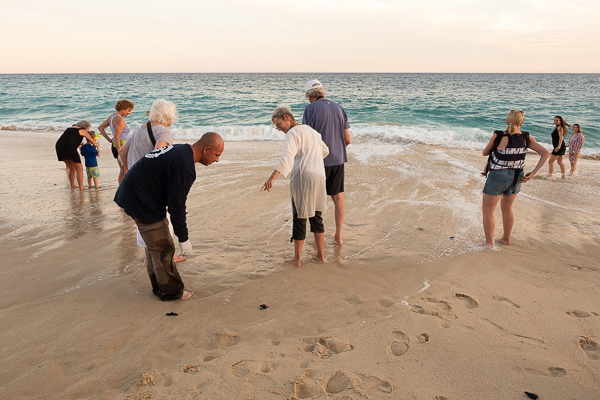 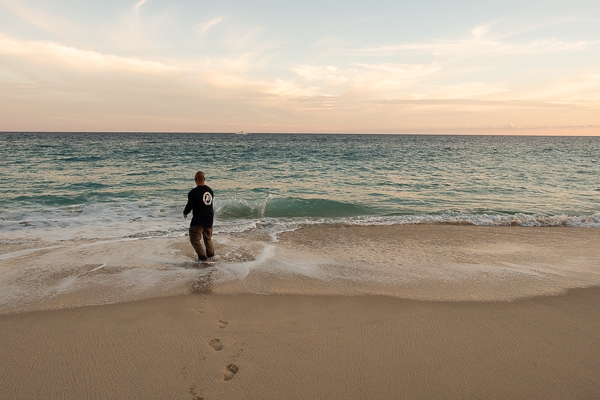 Unfortunately, only about one hatchling in 1,000 will make it to adulthood. Surviving to the point of a turtle release is pretty miraculous when you consider the vulnerability of their eggs to predators.

Here are some other interesting sea turtle facts to ponder:

For more sea turtle facts and to learn about conservation, check out the Sea Turtle Conservancy.