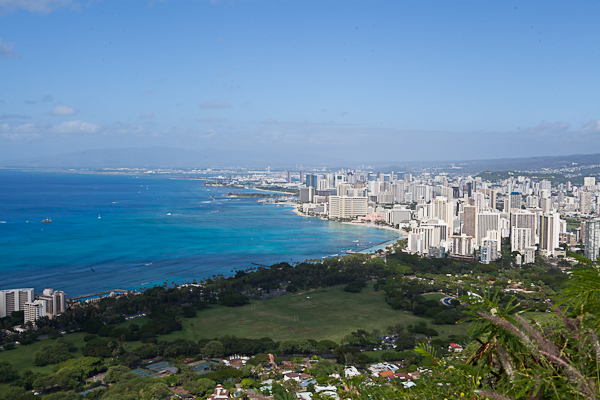 View of Honolulu from the summit of Diamond Head

Honolulu might be the capital of Hawaii, but it has never topped my list of island must-sees. Maybe because Oahu tops everyone else’s list with about 5 million tourists a year flocking to its shores.

About half as many go to Maui. Even fewer visit Kauai or the Big Island of Hawaii.

In my quest to be different, I have gravitated toward the less popular islands because fewer tourists made them seem more exotic. Volcanoes churning out red-hot lava, lush canyons, powerful waterfalls and black sand beaches – what’s not to like?

But who am I kidding? Hawaii is one of the most popular vacation spots for those willing to journey across some 2,500 miles of water. Sure, the flight commitment is enough to land you in Europe. But there’s something about knowing you are truly an island – or islands – unto yourself and far away from mainland civilization.

I’m so glad we started our trip in the island chain’s capital city. There’s so much more to it than seeing Waikiki Beach. In my opinion, that’s a good thing because I’ve enjoyed better beaches closer to home.

Because so many airlines make Honolulu their first stop across the Pacific, it makes sense to kick off your trip in this buzzing capital city. Three nights ended up being just enough for us to feel like we hit the highlights, while adjusting our clocks to Hawaiian time. Mai tai cocktails also help.

Here are a few ideas to make your trip to Honolulu memorable.

Pay your respects at Pearl Harbor

Reignite your sense of patriotism and appreciation for our armed forces’ ultimate sacrifice with a visit to Pearl Harbor. Japan’s attack here on Dec. 7, 1941, killed 2,390 people and injured 1,178 – marking the final straw that pulled us into World War II.

We booked USS Arizona Memorial tickets online in advance to avoid lines. The introductory video and short visit to the memorial are park highlights, but there’s a lot more to see.

Plan to spend a full day at the park. Get there a few hours before your scheduled memorial visit to explore the other sites. When you arrive to check in, get the audio tour and following the sequential order of sites to get oriented on the time leading up to and following the Pearl Harbor attack.

After our tour, we paid the extra fee to get a more in-depth tour of the USS Missouri, where the Japanese signed their surrender documents. 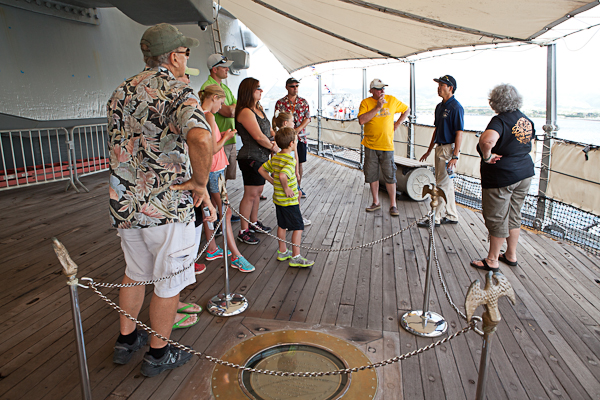 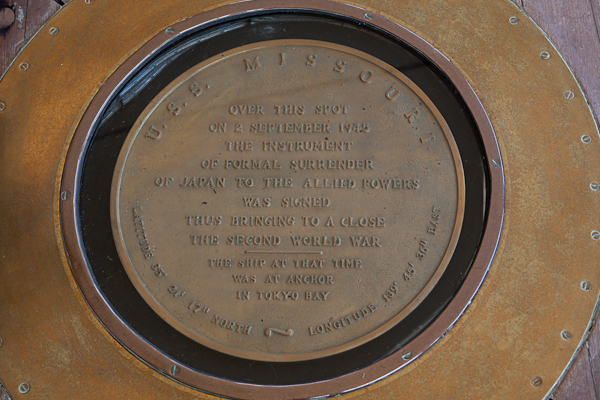 The USS Missouri is one of the last battleships built and used by the United States since the introduction of aircraft carriers.

Interestingly, the United States brought out of retirement the USS Missouri following the Korean War for a final tour during Operation Desert Storm.

The tour guides are top-notch and seriously impress with their knowledge. We signed up for the Heart of the Missouri Tour, a 90-minute look at the inner workings of the ship that gives you access to sleeping quarters, engine rooms, a gun turret, the damage control central station, and fire and plotting rooms.

Even if you aren’t technically minded, it’s a fascinating introduction to battleship mechanics. If you lean toward more artistic stimulation, there’s plenty of sailor art painted throughout the ship to admire. 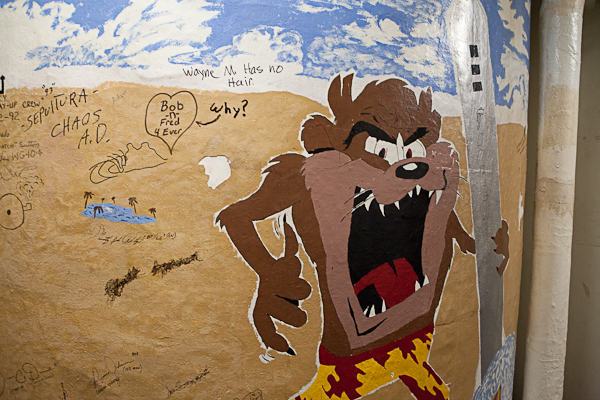 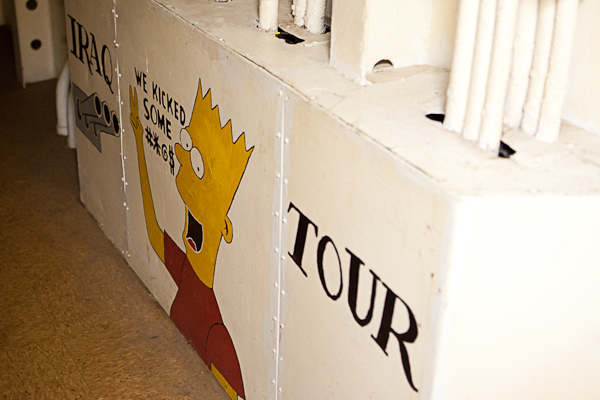 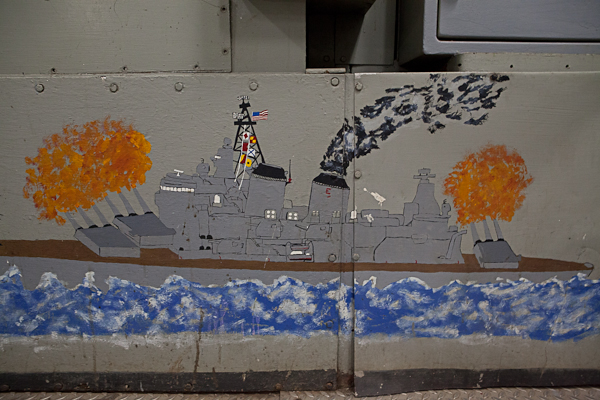 For one of the best views of the Honolulu skyline and Waikiki coast, hit the trail at Diamond Head State Monument. Open from 6 a.m. to 6 p.m., go early to beat the crowds.

The hike takes you through switchbacks with a variety of commanding views and tunnels. Your lungs will get their best workout from several steep staircases along the way. The hike up is just shy of a mile with an elevation gain of 560 feet – a relatively easy climb for such a big payoff.

Because of the crater’s shape resembling the forehead of an ahi fish, its Hawaiian name is Le’ahi. It became known as Diamond Head by Western explorers when they thought its rocks held diamonds, which were actually calcite crystals.

The federal government built the trail leading to the summit in 1908 as part of its costal defense of Oahu. A fire control station tops the crater and used to house instruments and plotting rooms to direct artillery fire.

At the time, the fortification was considered an engineering marvel. Now, millions of tourists marvel at the depth of the island’s beauty from its scenic summit.

When you’re in Hawaii, eat papaya. Pineapples are great here, but the sweet juiciness of a papaya is unbeatable. 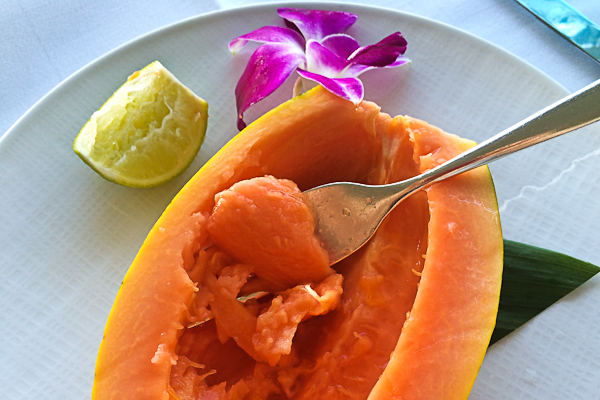 There’s nothing like digging into a sweet papaya half drenched in lime juice. That’s exactly what I did for every breakfast during our stay on the islands.

We ate several fine meals during our stay in Honolulu, but dinner at Alan Wong’s topped them all.

Some of our favorite courses included the chopped ahi sashimi and avocado salsa stack, ginger-crusted monchong, sickle pomfret (a mouthful in name and taste) and a dessert of sorbet resting in a chocolate shell resembling a coconut. Unfortunately, in my excitement to taste it, I forgot to take a photo before disassembling it. 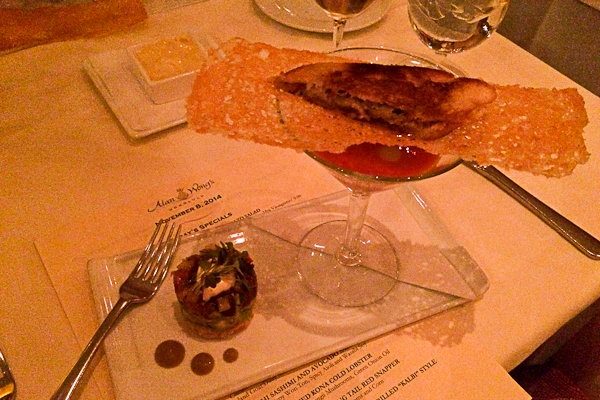 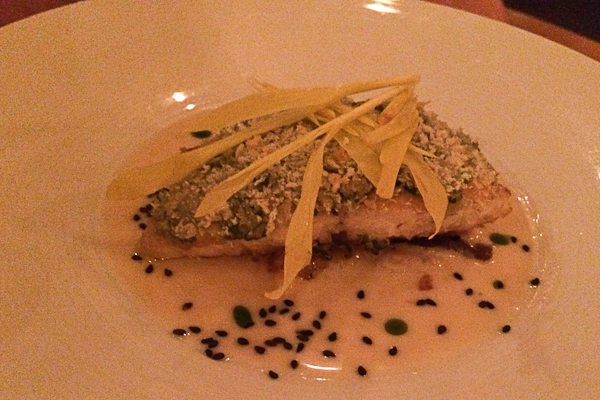 You will not be short of dining options in Honolulu. Other honorable mentions for dinner included Michel’s, which includes a beautiful ocean view if you time your meal at sunset, and La Mer at Halekulani where we stayed.

You can’t go wrong booking your stay at Halekulani (pronounced haw-lay-koo-law-knee). The rooms are modern and comfortable, the mai tai cocktails are powerfully good and the staff is among the best anywhere. 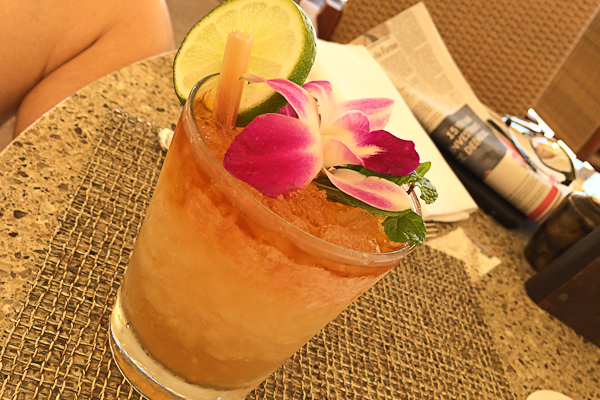 The hotel's only downside is the limited beach adjacent to its property. Instead, make good use of its beautiful pool area and restaurants lining Waikiki.

I’m happy to report that by the time our stay ended we could pronounce the name of the hotel with confidence.

Learning the pronunciation of Hawaiian names continues to challenge us. Sounds like a good reason to return.

What should we put on our to-do list for our next Hawaiian adventure?