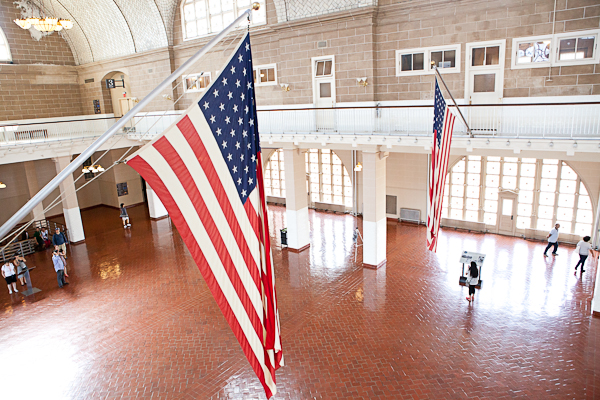 In the wake of the recent refugee crisis, there's no better time to visit Ellis Island. It’s an opportunity to see and contemplate an era when the United States answered many people's prayers for a better future.

Between 1892 and 1954, Ellis Island served as the first and largest federal immigrant processing station for the United States. Individual states welcomed immigrants before the federal government took over and opened Ellis Island. 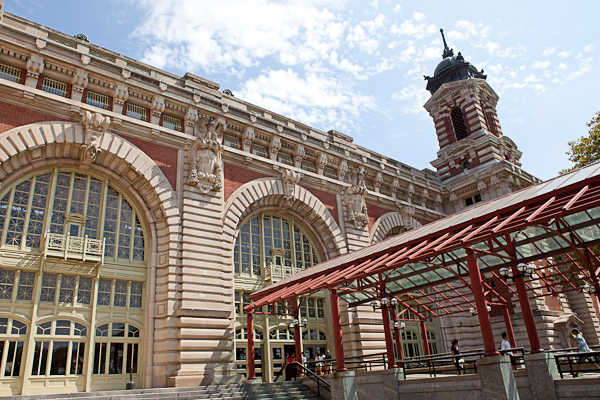 Entry into Ellis Island, which now serves as the National Museum of Immigration 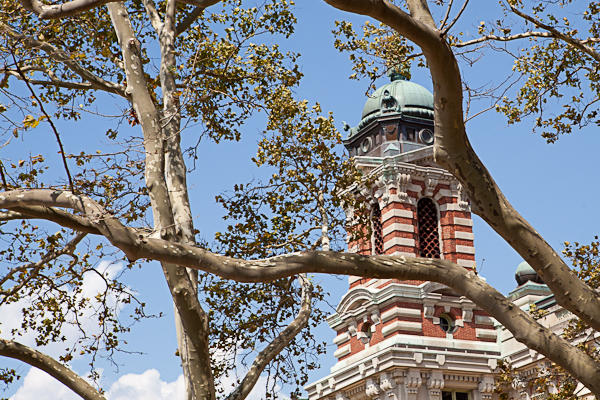 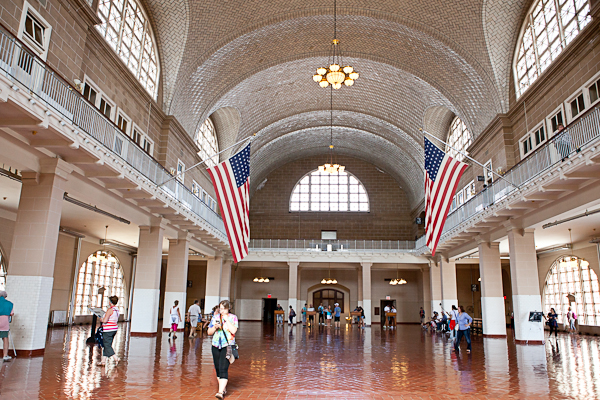 The Registry Room on the second floor is where millions of immigrants were "processed." 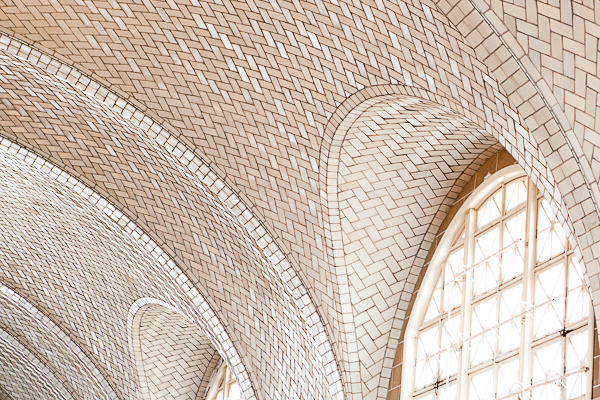 Be sure to look up in the Registry Room. This is the same beautiful tile work found at Grand Central Terminal in New York City. 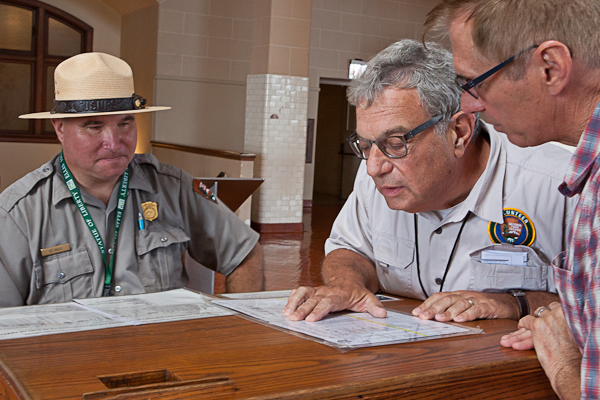 We loved our volunteer guide, who showed us a ship manifest that described the identities of arriving immigrants. 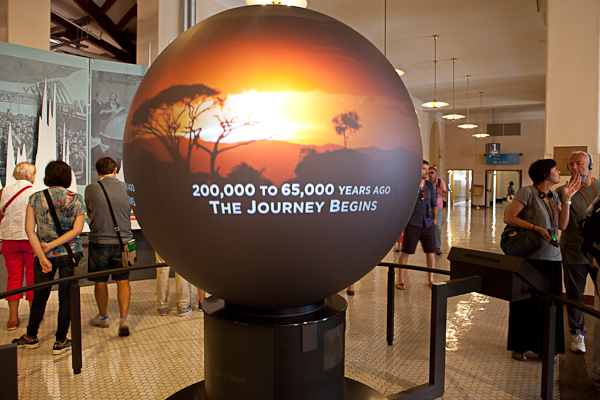 Check out the museum's animated globe that describes human migration through the years.

Four out of 10 Americans today can trace their ancestry back to Ellis Island.

Regardless of your side of the political fence, it's easy to sympathize with the plight modern-day emigrants from Africa and the Middle East face. Every nation is grappling with what's right for their individual countries and how they can contribute to creating a better, safer world as they respond to the immigration crisis.

As we walked through the Ellis Island exhibits, we heard the recorded voices of immigrants talking about the emotional side of gaining their freedom and the profound experience of adopting a new nation. 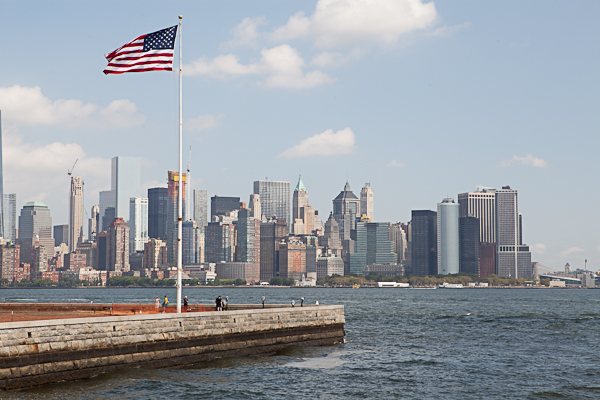 We also read about American's fears during the turn of the century that were not all that distant from today's worries. Where will the immigrants’ true loyalties lie? Will they take our jobs? Will they drain our already taxed resources? Will they ultimately assimilate into American life?

Success in making the transition to America

If history is any predictor of future success, it looks like America has the right environment for getting immigrants up to speed and functioning in their new nation. A recent report by the National Academies of Sciences, Engineering and Medicine shows that the newest generations of immigrants are adapting to life in America just as well as those passing through Ellis Island’s gates.

According to a New York Times article, the report concluded that immigrants’ education levels, the diversity of their jobs, their wages and their mastery of English improved as they lived for more time in the United States, and the gains were even greater for their American-born children.

It’s not a question of whether new immigrants will benefit our society as a whole. Adopting immigrants who have an enlightened perspective of the precariousness of nations is something from which America can benefit. The bigger question is how we vet immigrants to ensure we reject those wanting to cause harm to the United States.

No doubt the process will be more thorough than the 29-question interview and occasional medical examination required during the days of Ellis Island. We have to acknowledge times have changed, but so has our ability to better assess potential threats.

Whatever our final answer ends up being to today’s situation, visit Ellis Island for some historical perspective of immigrants’ plight and what their integration has meant for our country.

A beacon of freedom and hope 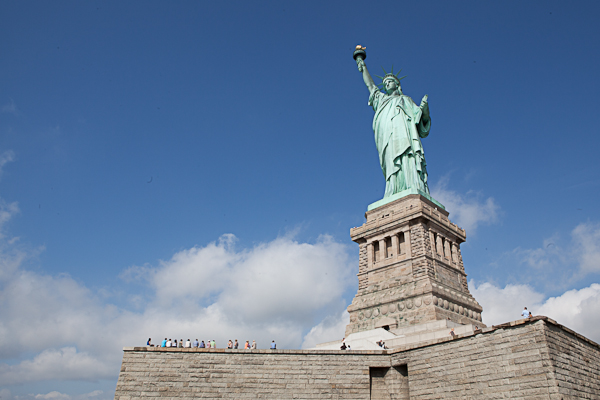 Passing by the Statue of Liberty on our way to Ellis Island, I was in awe of her massive, chalky green-blue form and stoic, determined look. 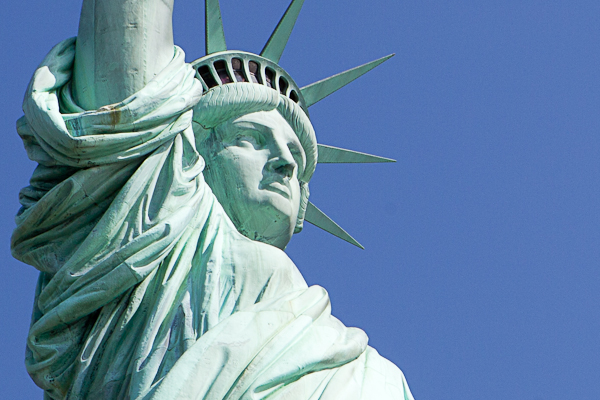 It's hard to believe after nearly a dozen visits to New York City, I never prioritized getting a closer look of this beautiful lady. From this perspective, you can appreciate her monumental scale and the intricate detail in the folds of her bronze gown.

As we made our way to Ellis Island, I imagined what it must have been like for immigrants passing through this harbor after weeks of rationed food and having shucked most of their possessions to make the trip. All they held onto was the hope of a better life. The raw, uncontainable emotion they must have felt as their gazes met Liberty’s. It still gives me chills to think about it. 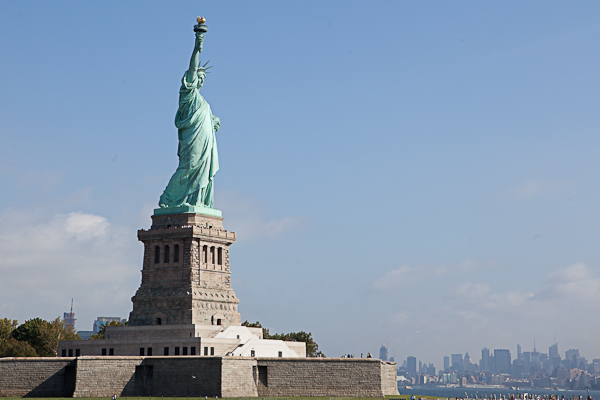 I felt a bit shamed as I reflected on my relative ease of life in a country I admittedly sometimes take for granted.

There’s no more visceral way to step back in time and appreciate America than through the eyes of those hope-filled immigrants. As the world’s beacon of freedom, I hope we can find a way to answer today’s immigrants’ call for help.

What are your tips for making the most of a visit to Ellis Island or the Statue of Liberty? Which parts were the most meaningful to you?