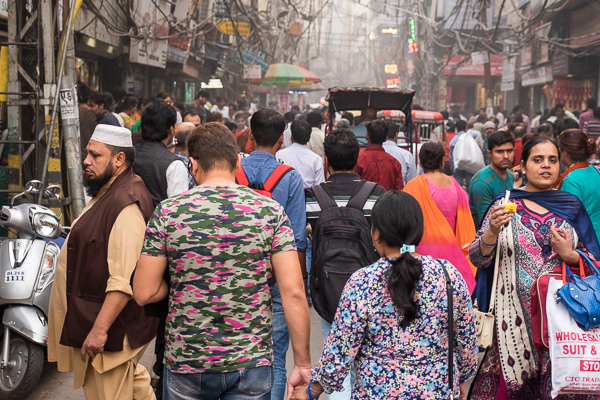 One minute we’re giddy with the excitement of experiencing something so new and different that we feel like children in wonder. Then the next we’re bewildered by what appears to be organized chaos and saddened by the poverty that surrounds the young and old indiscriminately.

We arrived in November during one of Delhi’s worst runs of smoke and smog. Traveler beware: Consider planning your trip timing well away from crop burnings and fireworks-fueled festivals.

Under the haze of smoke, it was hard to see the city, which made it all that much more perplexing and mysterious during our less than 72-hour visit.

That short of a stay in the capital city is only enough time to scratch the surface of its complexity. Like a scratch-and-sniff book, I wanted to keep rubbing the surface to reveal more.

We started our 12-night tour in Delhi, with Agra, Jaipur, Udaipur and Mumbai to follow. It was a great itinerary, bookending our stay with major cities but allowing enough time in the "smaller" cities to get a better feel for the country.

In that time, we merely got a taste of the northwestern part of this country of 1.3 billion people. In Dehli alone, there are about 16 million, depending on where you draw the borders. It is India’s second largest city after Mumbai.

Considered one of the world’s oldest cities, Delhi dates back more than 5,000 years, according to Wikitravel. During the city’s lifespan, it is reported to have been built and destroyed 11 times.

The strength and fortitude of its people is evident as you witness daily life unfold. In what appears to be struggle and chaos, India hums to its own rhythm. Tenacity rules the day.

Here are the pictorial highlights of our short time in Delhi. 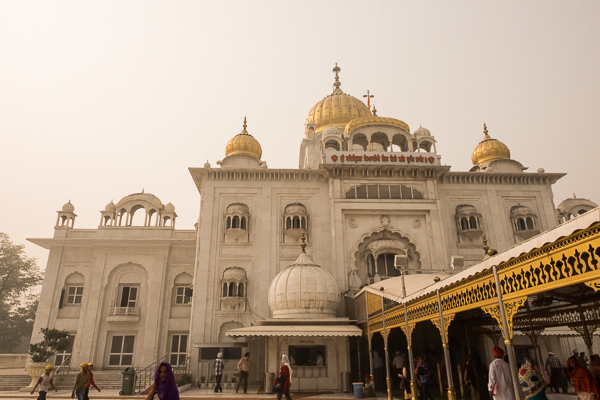 With a donation a rice bags in tote as our “fee” of admittance, we visited a Sikh temple, or gurdwara. We loved getting to know this religion, which is based on the teaching of Ten Gurus. 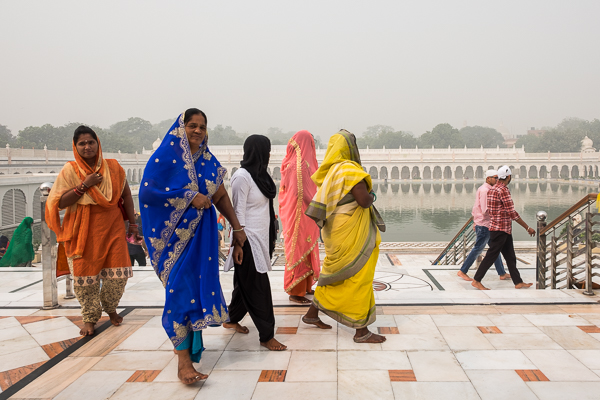 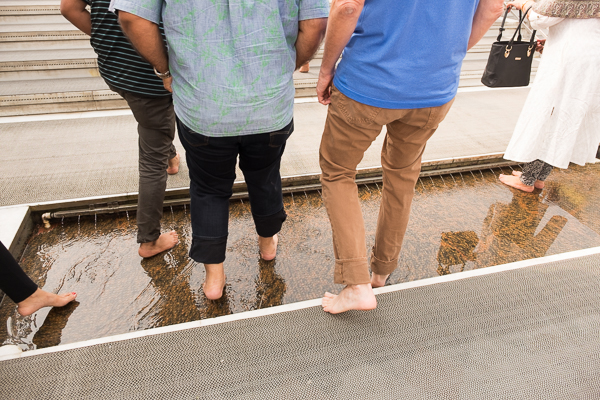 Before entering the holy area, we covered our heads (required by both men and women), washed our hands in a community sink, removed our shoes and walked through a trough of water. 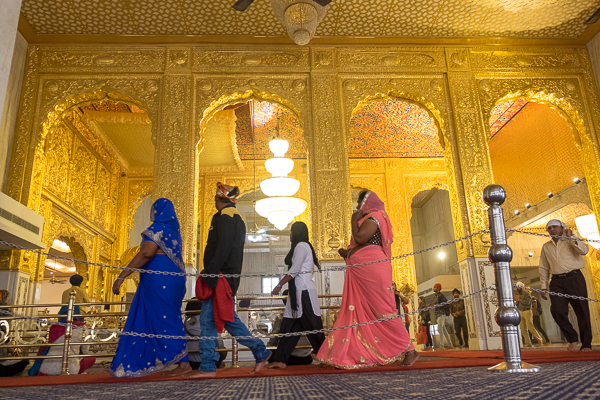 Inside, music played as people paid their respects to the Sikh holy scripture, which is located in the main hall. 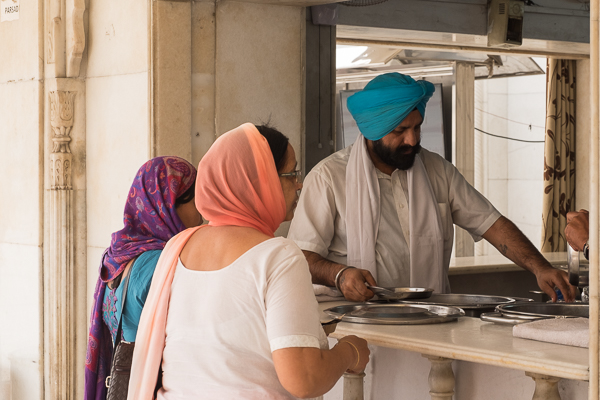 Karah parshad, a pudding made from equal parts of flour, sugar and clarified butter, is given to congregants. 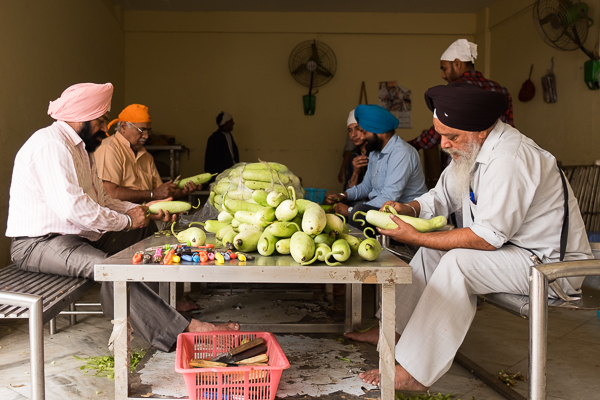 The best part of our visit was seeing the community kitchen in action. Here, any person is welcome to help cook and eat one of the multiple meals provided throughout the day. 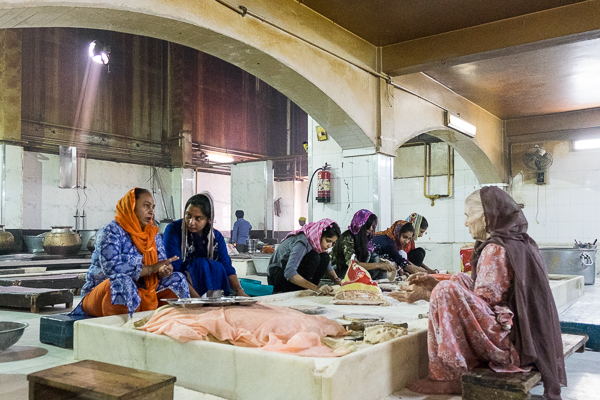 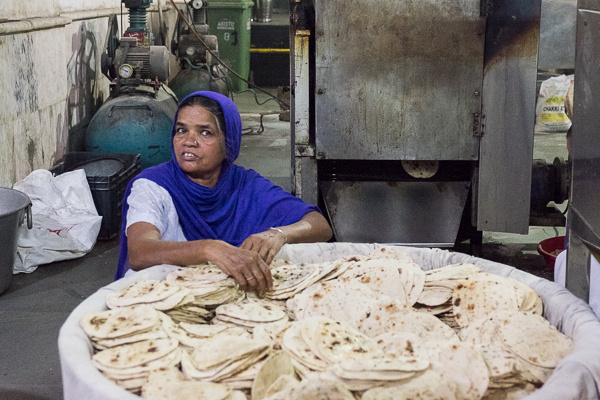 Near the temple, deep-fried treat options are plentiful. 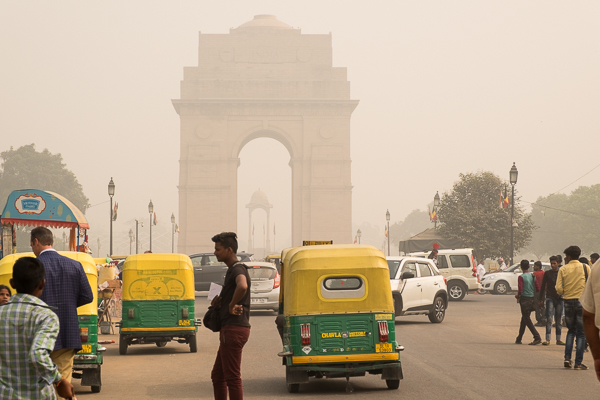 India Gate is the war memorial commemorating Indian soldiers killed fighting for the British in the wars between 1914 and 1919. It is on the eastern edge of the ceremonial boulevard, formerly called Kingsway. 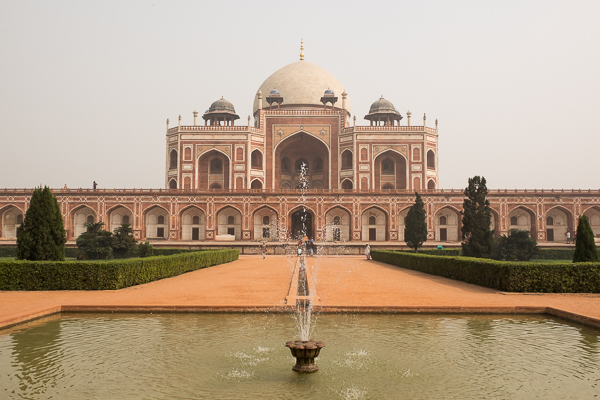 Humayun’s Tomb is the final resting place of Emperor Humayun. It is one of the earliest examples of a garden tomb from the Mughal era. 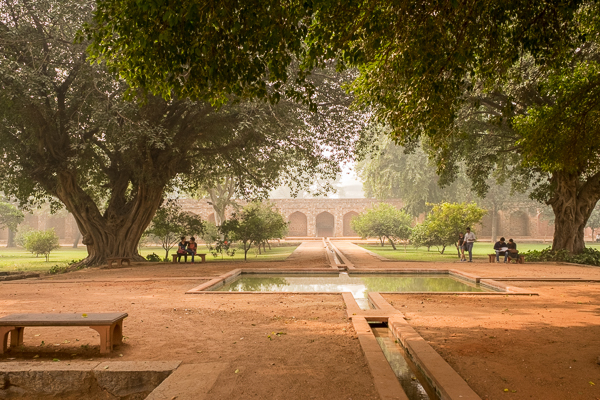 The building is built on a 25-acre plot, which is divided into four sections of gardens separated by waterways. The tomb occupies the four central squares. 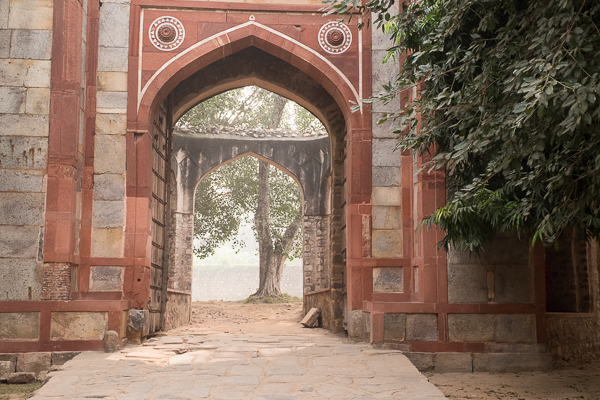 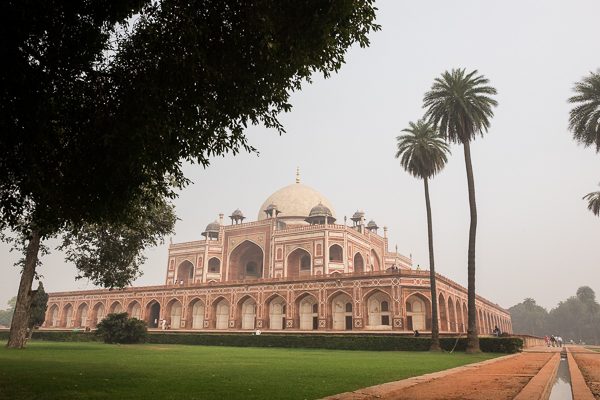 The design of the red sandstone tomb, which is an UNESCO World Heritage Site, inspired the Taj Mahal’s style built almost 100 years later. 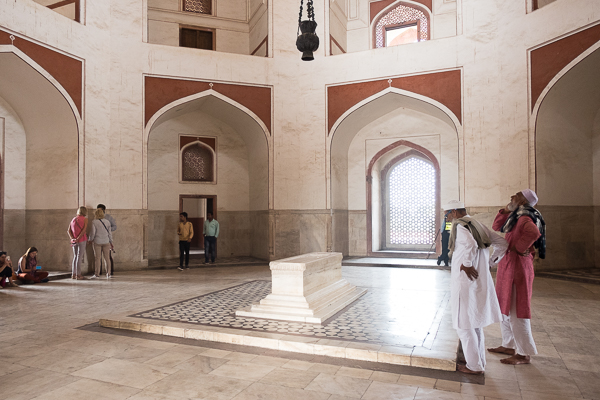 An inside look at the tomb 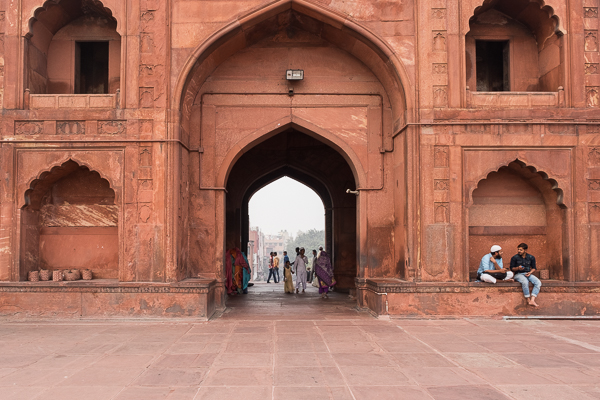 One of India’s largest mosques, Jama Masjid, was built by Mughal emperor Shah Jahan between 1644 and 1656. 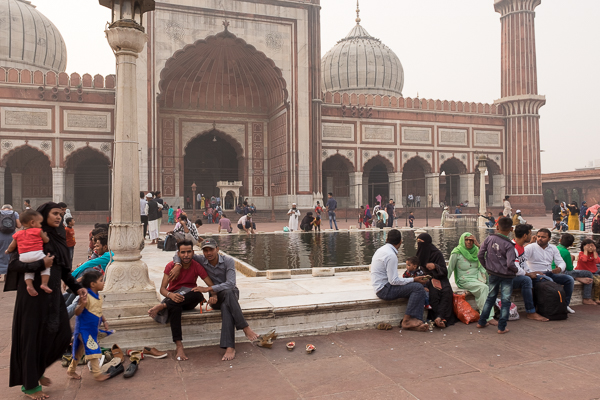 The mosque’s courtyard can accommodate some 25,000 worshippers. 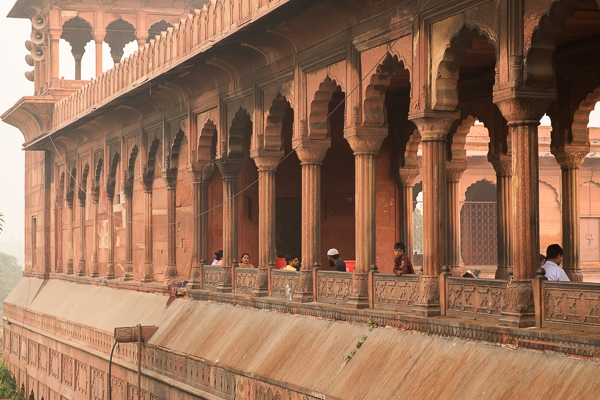 Jama Masjid was designated as the royal mosque of the emperors until the end of the Mughal period. 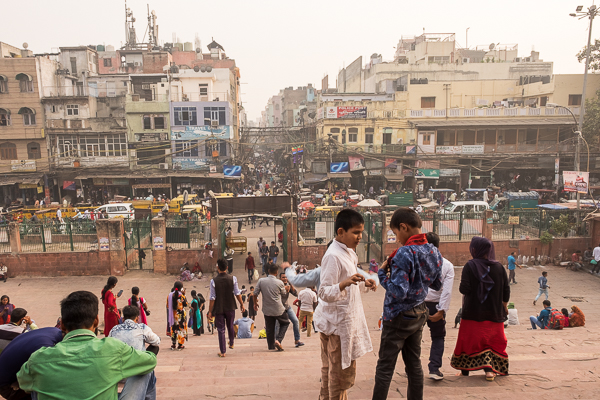 A view from the mosque overlooking Old Delhi. Its original name meant “mosque with a commanding view of the world.”