We were primed to see the Brooklyn Bridge having just watched Ken Burns’ documentary on the landmark. At the time it opened in 1883, the bridge was called the eighth wonder of the world. 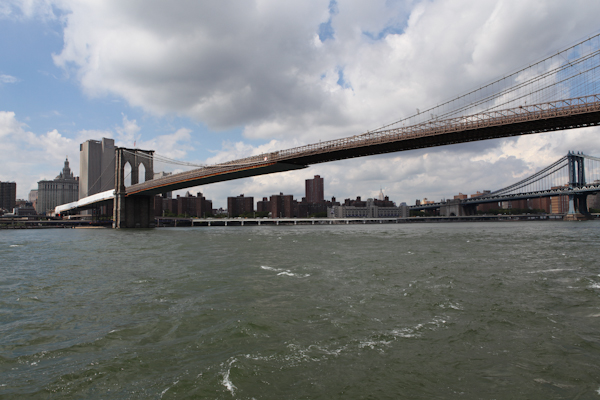 It wasn’t our first time to marvel at it, but we were certainly more well-informed this time around Little did we know that one of the two tower foundations doesn’t rest on bedrock. I think it’s safe to say it’ll hold at this point.

If you’re planning a trip to see it, watch the one-hour documentary to get an appreciation for the struggles that came along with building the largest suspension bridge of its day.

I admit. We were hungry and slightly cranky by the time we arrived in Brooklyn.

An airline and rerouted flights earlier that day were partially to blame.

Our original lunch plans at Grimaldi’s Coal Brick-Oven Pizzeria were ditched as soon as we saw the line snaking around its exterior.

As we passed by the barred windows, we watched the men in white uniforms preparing the famed pizza. So close and yet so far. Next time we’ll come earlier. 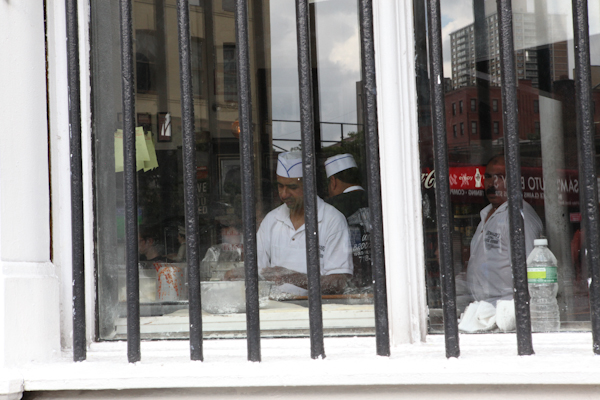 Walking the streets just beneath the bridge in search of food on a busy Sunday is not a good idea. Thanks to my husband’s attention-deprived stomach and sense of urgency, we ended up scoring a memorable meal and view.

At the concession Ditch Plains Drop In in Brooklyn Bridge Park, we dined on what my hubby calls one of the best sloppy joe sandwiches of his life.

I went all out and ordered the lobster roll. Wow. The sweetness of the fresh potato roll, the hefty chucks of lobster and the lemony mayo dressing made for an incredible sandwich. Add to that the park-bench seats facing the Brooklyn Bridge and I’d call it a five-star dining experience. 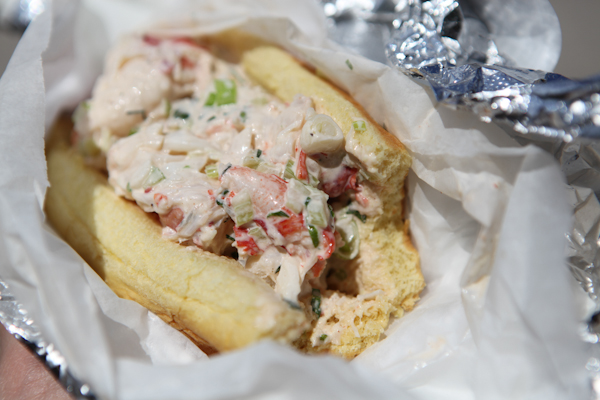 Based on its line and another credible source, we should have stuck around for dessert at the Ice Cream Factory.

We were especially interested in checking out Brooklyn Bridge Park because its same landscape architect, Michael Van Valkenburgh Associates, is developing a prized section of our hometown’s riverfront property in Tulsa.

Based on what we saw, we won’t be disappointed. There was plenty of room to roam and sections for all ages and adventure types. 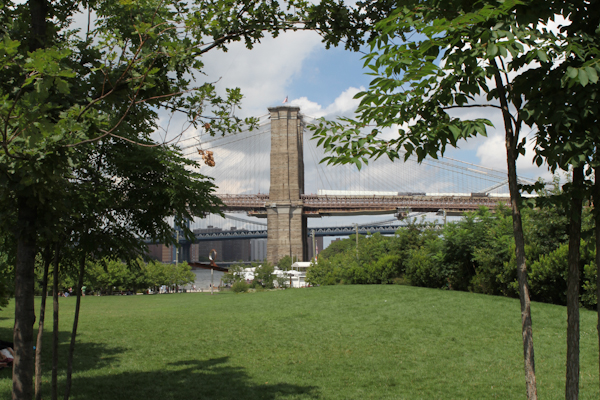 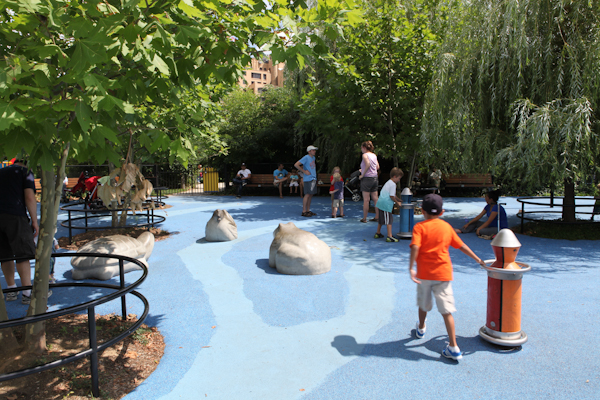 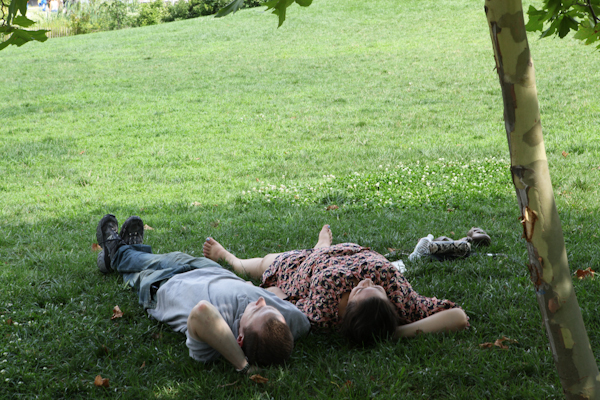 Our brief tour of Brooklyn reminded us that there’s more to see just beyond Manhattan. On our next visit, some other to-dos recommended by our concierge and friends will include:
- Taking a bicycle tour
- Exploring Vinegar Hill and Court Street
- Eating at Grimaldi’s followed by ice cream in Brooklyn Bridge Park

With even more to see, do and eat, we now heart Brooklyn, too.