What had I been waiting for?

That’s what I wondered as I explored London for the first time. It’s not like this was my first European rendezvous. 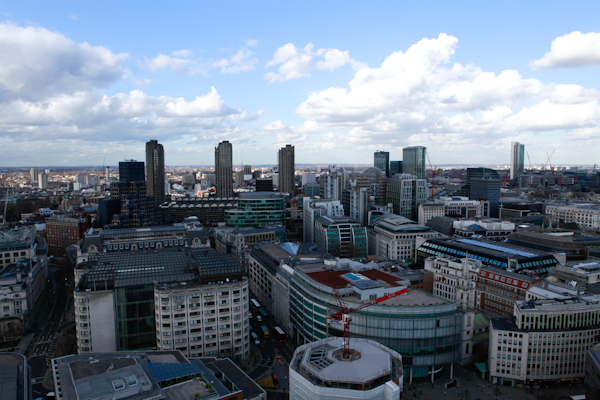 Instead of going to the place of my cultural heritage with a familiar language, I always opted for the continent’s more “exotic” offerings. Give me Italy, France, Spain, Switzerland, Norway, Austria, the Czech Republic and Hungary. So much more interesting having to navigate a new language, I reasoned.

Only now was I arriving in London. And it took a friend’s 50th birthday celebration to get me here. Oh, foolish me.

Seven days in this energetic, magnetic city just barely scratches the surface of what there is to discover. It’s one of those place in which you leave with a bigger “to-see” list than when you arrive. With each sight, the plot thickens as you begin to unravel the history of this enticing place.

Keeping up with all of the invasions, kings, queens, expansions and contractions of this boisterous country is befuddling. Even visiting in the brisk month of March coupled with intermittent rain doesn’t dampen one’s curiosity that builds with each attraction.

Here’s a look at a few highlights not to miss the next time you find yourself settling into London.

Feel the weight of the world in Churchill War Rooms. Upon entering the nondescript doors of the former headquarters of Britain’s fight against the Nazi’s during World War II, it’s easy to transport yourself to this dark period in our history.

Imagine what it must have been like not knowing whether the air raids would bring a bomb through your living quarters. Imagine sending your kids to the country to live with people you didn’t know to keep them safe. The weight of decisions made from this underground bunker is palpable as you walk through its rooms.

During the tour, you’ll also learn about the life of the Winston Churchill. His story is told through photos, artifacts and a cool touch-screen timeline depicting the details of his life from birth through his appointment as prime minister.

Lose Yourself in Egyptian and Greek History at British Museum. When we visited Egypt, we saw a copy of the Rosetta Stone. Our tour guide told us we’d have to go to London to see the real thing. The tablet allowed for the translation of hieroglyphs, unlocking the history of ancient Egypt. Now we were seeing it for the first time several years later – and for free at the British Museum.

Allow plenty of time to walk among the ancient artifacts from this period, as well as those from Assyria and ancient Greece. Here you’ll also see parts of the Parthenon’s frieze up close and personal – unlike its residents thousands of years ago who had to peer up several stories to see it.

Get an eyeful on top of St. Paul's Cathedral. It takes 528 steps to get there, but the view atop St. Paul’s is worth the climb. Be sure to stop at each level on the way including the Whispering Gallery, where you can speak into the wall to your partner on the opposite side. While we didn’t have any luck with that experiment, others seemed to have more success.

As you climb the final steps separating the dome’s walls, watch for the glass-covered hole to get a view of the floor beneath it.

Arrange for a tour of the House of Parliament. While there are two houses, the House of Lords and House of Commons, they work a lot differently here than in the States. Steeped in tradition, a visit to Parliament helps piece together this country’s history and how the monarchy and parliament fit together. 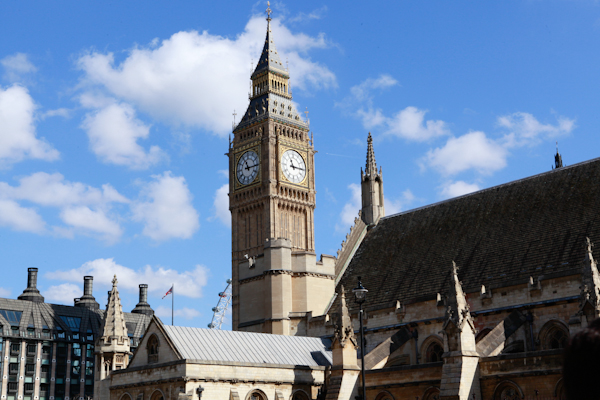 Check out the crown jewels in the Tower of London. There’s more to see than the jewels, but they’re worth the visit alone. Who doesn’t like to see a little bling?

Hold onto your wallet at Portobello Market. Our friend introduced us to this eclectic market of household items, unique signs, heirloom jewelry and retro fashions. Any and every object could be found here, including one of best brats ever, according to my husband. Fortunately, limited luggage space kept our spending in check and wallets secure.

Watch live entertainment at Covent Garden. People watching is at its best at this marketplace that includes local vendors and major chains. Entertainment includes actor-driven performances and bands. 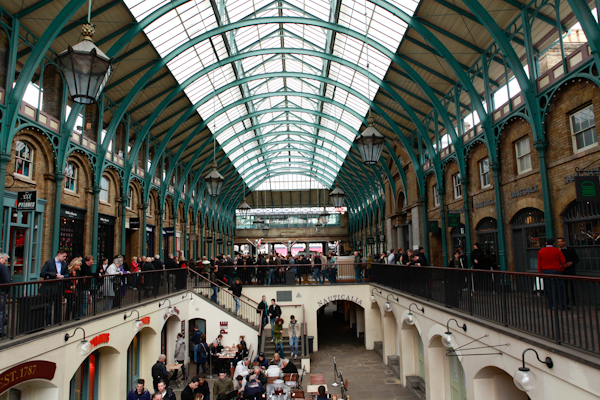 Eat pie at The Old Bank of England. One day we walked from Trafalgar Square to St. Paul’s Cathedral, stopping in at one of the oldest pubs, Ye Old Chesire Cheese, established in 1667. Limited seating helped us select our ultimate dining experience down the street at another pub beauty, The Old Bank of England. This place knows pie. Order the pie of the day and you won’t regret it.

Soak in history at Trafalgar Square. People were crawling all over lion statues and anything else scalable. The public space is home to lots of activity, including rallies and demonstrations. It is flanked by the National Gallery – a must do on our next trip to London. Look up, or climb one of its lions, to appreciate the Nelson Column.

A true testament to changing times, look across the square to see today’s contemporary sculpture, a ultramarine blue rooster. It’s part of the Fourth Plinth program, a contemporary art contest.

Park it in one of London’s plentiful garden spots. One thing I love about London is its appreciation of public park spaces. Take the time to stroll through at least one of these gems. Londoners know how to stop and smell the roses based on how much real estate they dedicate to the pursuit. Originally owned by the monarchy, the Royal Parks of London includes eight parks covering 4,900 acres in greater London. By comparison, New York’s Central Park is 843 acres. Walk across the bridge at St. James Park and plan for a sunset drink at Hyde Park’s Serpentine Bar and Kitchen.

Take in London views from the Waterloo Bridge. Bridges offer an opportunity for reflection – not to mention a great photo opp. Waterloo Bridge provides great views of the city. 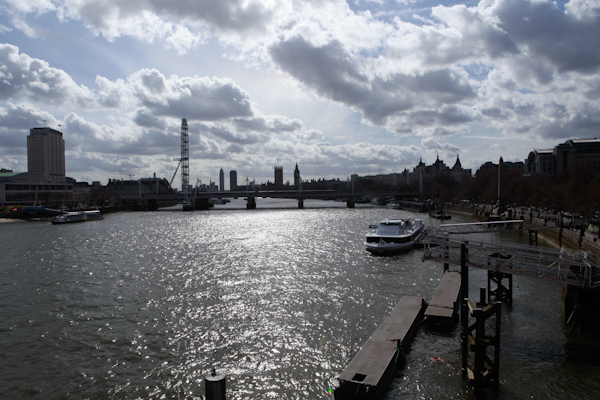 There’s so much more to see, do and eat in London. One visit plants the seeds for many returns.

+1 # Get More Information 2014-08-17 20:55
Wow! Finally I got a blog from where I can really take useful information concerning my study and knowledge.
Reply | Reply with quote | Quote | Report to administrator
Refresh comments list
RSS feed for comments to this post